Greetings friends of  Words Of Hakim!
I am announcing the release of my new book, EconomicJudgments-Prophecies Regarding Global Shifts. 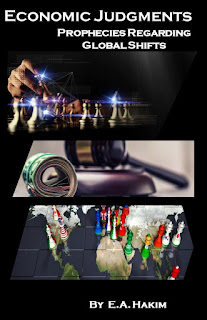 I had been working on two other books that are, on the most part, done and scheduled to be released very soon, but just recently, God pressed upon me heavily to stop what I was doing and to write the prophecies he has been giving me into a book, and to release it immediately.
The Prophecies in this book represent what was given to me during the 4th quarter of 2019 and the 1st quarter of 2020.
They represent the plan and purposes of God regarding the current Coronavirus pandemic, the economic upheaval surrounding it, and other unfolding events around the world. If you have engaged my prophetic streams page, or other prophecies released on this blog, then the prophecies released in this book would not appear too strange or to be much out of the ordinary coming from me.
Although over the years I have prophesied numerous publicly impactful events including the 1987 stock market crash, the shocking S&L banking crisis of the 1980s, the fracturing of the Saudi-led coalition in Yemen, the rise of currency challenges to the dominance of the US Dollar, and other stuff, believe it or not, I have been a bit shy in talking about the world events that I have foreseen.
When I released prophecies through Prophetic steams on this blog, I was engaging in reluctant obedience. I was afraid, but God’s love pushed me and made me feel confident. So, I released them. Now, through God’s continual grace and pushing, I have grown out of that shyness and have commenced, out of obedience and my love for all humanity, to publish this short book of prophecies.
This book will help the reader to understand God’s love for mankind, how he strategizes through satanic attacks to bring about healthy outcomes.
This book will also teach the readers who are intercessors and prayer warriors, how to pray in agreement with God, and to partner with him in prayer to push his will and strategies into the earth. 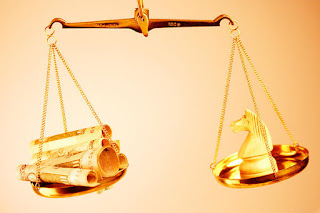 Although this book has been published since April 30, there have been tremendous "snags", and "wrenches" thrown in the way that has prevented me from officially launching it into the marketplace.

Even now, at this current date of May 12, I am launching the ebook version only. The paperback version, although published, will be available for purchase in the upcoming weeks.

It has become imperative that I at least make the ebook version available to you now because it is so important for people to understand what God is doing through this pandemic and the economic upheaval surrounding it.
I invite you to purchase a copy of Economic Judgments by clicking on the links provided, including the link on the book image to the left of this post.
You will be enlightened and inspired.
I also invite everyone to subscribe to this blog via the box to the right of this post to stay engaged with me regarding the next books that will be coming out soon, my upcoming blog posts, and yes, the upcoming prophecies that will be released.
Thank you so much for spending your precious time on my Blog.

Posted by www.wordsofhakim.com at 6:57 PM No comments: