We Can Still Do This


If any of you have encountered one or more of these questions; well then, this article is for you.


What if I were to tell you that you weren’t supposed to be able to succeed at your first attempt?
Or, that failures, setbacks, and embarrassing mistakes are incidents that are indispensable to our success?
You might be inclined to immediately stop reading, render me a bumbling idiot and move on to something else more interesting to read. Instead of following that impulse, hang out with me for a moment.
Let's just take a trip through life a bit and analyze a few truths.
It could be really cool to be able to accomplish everything I ever tried to do at my first attempt…I think. Well, What if my first attempt as an infant to stand on my feet was successful. What if the pacifier never fell out of my mouth, and if I were able to hold my own bottle the first time. Yes, I could be a prodigy, but if we look more closely at such a phenomenon, I would be a freak of nature and would be handicapped to life’s opposing forces. I would be a cripple, not knowing how to confront the opposite winds normal to everyday life.
The principles of life teach us that opposition brings growth and completion. Opposition brings growth first, then completion.
The same way the toddler will fall several times before fully developing his/her ability to walk, every ability experiences some level of trials before its maturity. A baby has the natural ability to walk. It is in their destiny. It is in their instinct to make the attempts. However, if the child, due to its first or second fall, began refusing to try again because of those falls, we would eventually declare that the child is delayed. It is unnatural to not walk at all when you have the natural ability to do so.
Nature teaches us that every talent we have, whether natural or not, must achieve growth and development through trial and error.  Errors and mistakes are natural. Nothing is achieved without them.
If there wasn’t a universal opposing force to help us grow, then our muscles would never grow or develop through exercising. Our body’s muscles must experience the activity of opposing force in order to grow. The law of nature teaches us that opposition is necessary for growth. 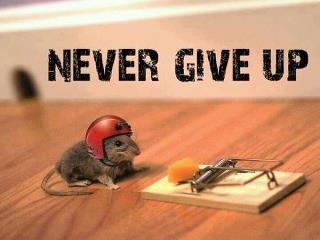 Life gives us failures as the prerequisites to our successes.
So, it wouldn’t be too cool after all to be denied the power of failure as the tool of our development. Let us happily and wisely engage our natural tools, confronting them boldly and wielding them, as they were meant, to our advantage. Failures are our friends, not our foes. Henry Ford went broke five times before succeeding. Winston Churchill failed sixth grade and was subsequently defeated in every election thereafter until being elected Prime Minister at age 62. Michael Jordan once said,” I’ve failed over and over again in my life. That’s why I succeed.” Many examples, including these mentioned, teach us that very often, the greater the failures, the greater our ability to eventually succeed. 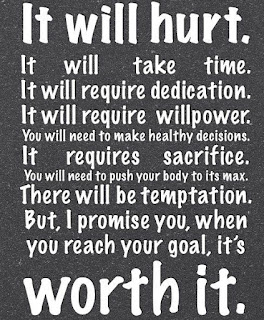 Remember that the winds don’t always flow with us, in the direction we are heading, to propel us, to assist us in reaching our destination, but we still reach it. I’ve gotten my hat blown off too many times to not realize that truth. Keep in mind that all of the seeds that we plant in the earth do not bud and every act of coitus does not result in conception, even during ovulation.
The frequent stumbles, errors, and annoying mistakes prepare us for our steepest climbs. Always tell yourself, I can still do this!
-EAHakim

Only those who dare to fail greatly can ever achieve greatly-Robert F. Kennedy
Posted by www.wordsofhakim.com at 12:54 AM No comments: